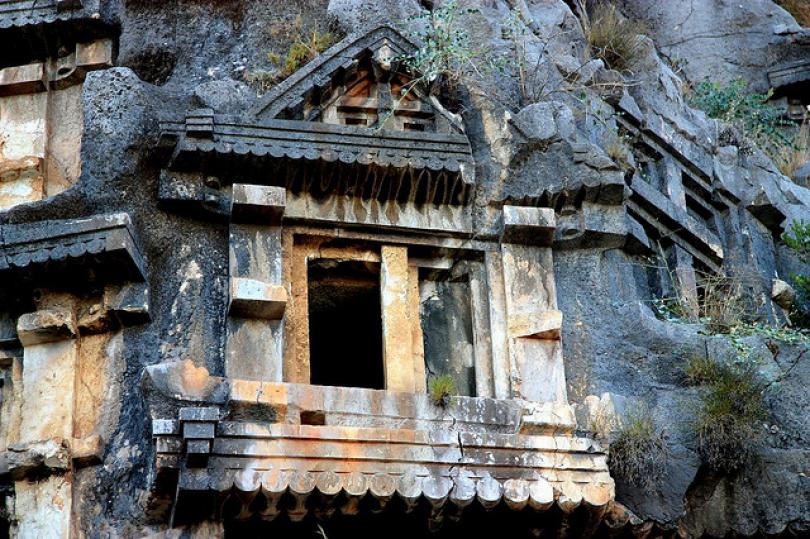 Some people believe that Santa Claus did not exist but truth is that old Father Christmas did in fact exist as a historic personality. He did not come from beyond the North Pole where Reindeers roam, but lived under the warm Lycian sun as Bishop of Myra. His church and ex-tomb continue to exist as places of pilgrimage in the Turkish town of Demre (known also as Kale, near Antalya).

Saint Nicholas was born in Patara, was elected bishop during Diocletian’s persecutions, and died in Myra around the year 350. This stories of his charitable acts took on legendary dimensions during the following centuries.

One of these stories concerned three boys who were hacked into pieces by a greedy butcher, who salted and pickled them for sale in his shop. Nicholas miraculously restored the boys to life. On another occasion, on hearing that the daughters of a poor Myran could not marry for lack of a dowry, Nicholas stole under the man’s window at night and left a bag of gold for each girl. This act earned him the reputation of secretly delivering gifts in the black of night.